Cause there ain’t no doubt I love this land…

Posted on March 9, 2014 By fredayinafrica 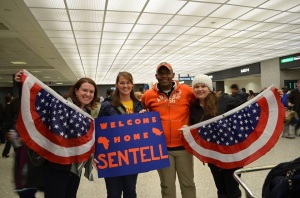 I was met at the airport by friends who welcomed me home with a little taste of Americana!

The situation in South Sudan has not changed very much and most organizations that were based in South Sudan are working from offshore. After being evacuated from South Sudan, I spent a month in Nairobi, Kenya before returning to the United States a few weeks ago for a work conference. I am now temporarily based here as I await approval from our funders. In some ways I am happy to be back in the U.S. The past two months have been probably the most unstable two months in my life. I calculated that since December 15, 2013, I have slept in 16 different beds, the longest stretch were three weeks in Nairobi. However, the apartment in that three week stretch was on a busy highway and the window was the only cool air producing mechanism. So I didn’t get much sleep. 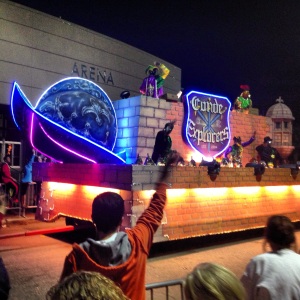 I was also able to enjoy the start of Mardi Gras in Mobile, Alabama.

At least by being back in Washington, D.C., I am in the city where I lived in for over a decade before moving to South Sudan. I have been able to fall back into my community and create a routine that has been beneficial to my temporary life status. Not only has it been nice to take advantage of America’s many conveniences but I have truly enjoyed spending quality time with friends and family members. If you have lived in Washington, D.C. for any length of time, then you understand the transit nature of the capitol city. In my ten years living in the region, my friend network cycled about every three to four years. While I was only in Juba for four months, people were coming in and heading out all the time. There was always a new face in town and a missing person. It was really difficult to recreate the community that I had establish in Washington, D.C. My community of friends was what I missed most in Africa and what I was looking most forward to when I returned to DC in February. Since arriving, I have been on a non-stop tour of neighborhoods visiting old friends and family members. I have had some great conversations and been encouraged by all the people that were praying for me and thinking about me during the conflict and the past three months. 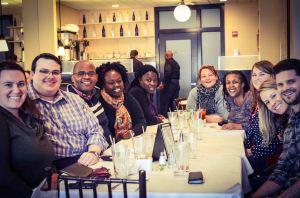 A welcome home brunch at one of my favorite Sunday morning locations.

And not to be outdone, the hard to predict weather of the Mid-Atlantic region still seems to amaze me. I think Washington, D.C. is experiencing its wettest and probably snowiest winter since 2010 when the region experienced 56.1 inches of snow (142.5 centimeters for my international friends). The snow does make everything nice and pretty before turning into deadly mounds of ice and slush. I think I have had my snow fix for the next decade and looking forward to enjoying the warm/tropical temperatures of Africa once again. 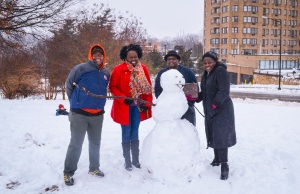 I enjoyed watching my African colleagues frolic in the 10 inches of snow that blanketed the Washington, D.C. region. 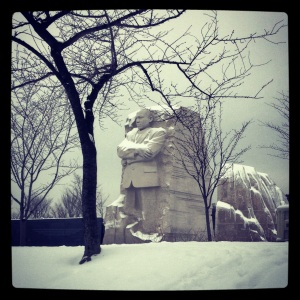 ← “Rome Wasn’t Built in a Day…It was built in two!”
The Place Where God Weeps… →