Democracy is Different – Depending on whose Glasses you use to Look Through!

Posted on August 9, 2014 By fredayinafrica 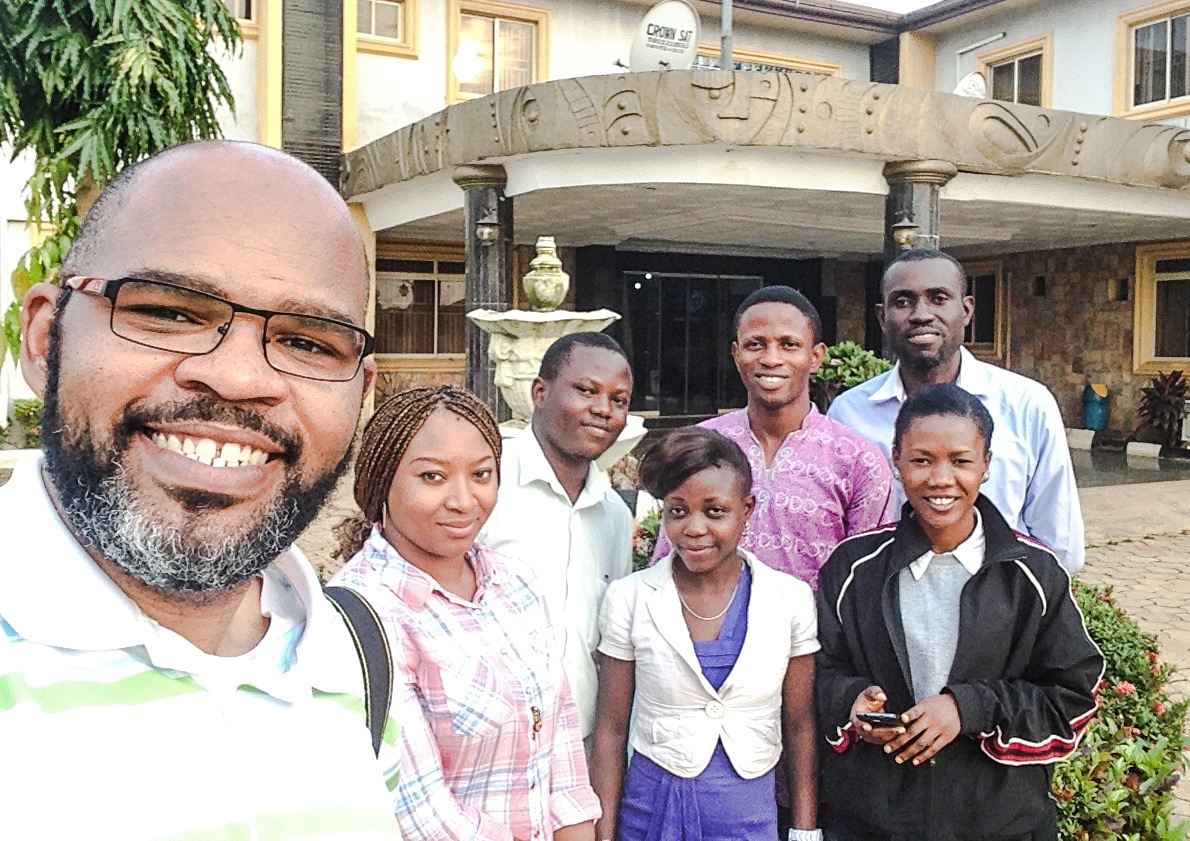 Election Day in Osun State started with an unusual quietness that had settled over the bustling state. Osogbo (pronounced ‘O-shog-bo’), the capital city of the state was a bustling hub of commerical activity the week leading up to Election Day but on this particular morning, Osogbo was no more than a quiet village. For an American used to the 48 hour Get-Out-The-Vote campaign that often precedes an Election Day, this strange quietness was usual. Instead of parties searching every nook and cranny for votes, political activity was halted and the state put on an 11pm curfew the night before Election Day.

My views on democracy have evolved since moving abroad and living in countries whose people long for a democratic society but whose leaders are more interested in protecting their status. In some ways I have become a stronger advocate for free and fair societies where the government serves the people (and not the other way around). While the diner owner in North Carolina may not be able to offer a discount for patrons who pray or mediate before meals http://www.bbc.com/news/blogs-trending-28712827 (which some may think is unfair or unjust), she can freely attend church on Sundays, hold a bible study in her home or become a Muslim if she sees fit. In other parts of the world, this diner owner would face prosecution from her government or even the threat of death. At the same time, I recognize that the democracy in Nigeria, South Africa or Kenya may not look like the democracy that I have experienced in the United States. A few years ago, I took a course called “Perspectives on the World Christian Movement.” During one of the sessions, the teacher explained that while we (Christians) share the same tenets of faith, it will look differently to the Coptic believer in Egypt or the underground church in Southeast Asia. While I may relate to Jesus’ sacrifice on the cross, another believer may relate to the story of Jesus’ resurrection or his virgin birth. Democracy is the same, each region of the world may relate to a various aspects of the tenets of democracy but it will look different depending on your experience with democracy. The American experience can’t be put in a bottle and transferred throughout the world. Simplifying democracy and bottling it up to transfer throughout the world does not take into consideration that the United States fought a Civil War over slavery, refused to give women the right to vote until the 20th century and battled blacks for full citizenship rights. Democracy is not pretty and it takes practice…and often time.

Despite the heavy militarization of Osun state and the restrictions on movement in and around the state, people flocked to the polls in large numbers, often overwhelming election officials and in a morning rain. People in Nigeria desire a free and fair election environment. However, it is often the work of a few corrupt leaders and their followers that incite violence and vote buying to induce voters to vote a certain way. The recent elections in neighboring Ekiti State and Osun State have been ground zero for the world as observers have tried to gauge how the Independent National Electoral Commission, political parties and security forces respond to these two elections. Going forward, it will be hard to predict the outcome of the 2015 national elections. Beyond the typical Election Day issues, Nigeria has three states under emergency declarations because of Boko Haram and facing a threat from Ebola. It sometimes seems that the cards are stacked again Nigeria.

I am just ready for the eight-hour car ride back to Abuja. I have literally been on the move for the past three weeks – Osogbo, Lagos, Nairobi and back to Osogbo. I am looking forward to a few weeks in Abuja before a possible long weekend in my favorite place in Africa (Kigali – and some of my favorite people in Africa) and a vacation back to the homeland…

← The Thrill of Victory and the Agony of Defeat.
Touched-down Africa! →

One Comment on “Democracy is Different – Depending on whose Glasses you use to Look Through!”