Posted on March 4, 2015 By fredayinafrica 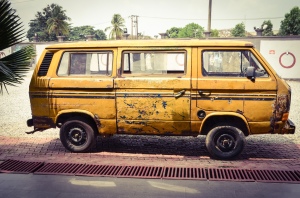 Lagos transportation. These yellow vans are everywhere in Lagos.

I have been trying to shake this malaria bug but it keeps fighting back. It has Also been difficult getting the needed rest because each day I think I’m better and head off to work only to discover that by the afternoon sickness has returned. And on Sunday I traveled to Lagos! Traveling in Nigeria at 100 percent healthy takes a lot out of you much less traveling at 70 percent. Lagos is hot, humid and sitting in traffic just wears you out. And nothing starts on time…the event in Lagos was suppose to start at 8am but didn’t kick off until 1pm.

I finished my malaria medication and now taking vitamins to boost my energy but I probably just need two or three days of rest. And I don’t think that will happen while in Lagos. We are here training 8,000 poll agents ahead of the rescheduled elections on March 28th.

Malaria has not been as bad as it could be as when I was in South Sudan an expat had to be evacuated out to Nairobi because of malaria. However, it sucks always feeling tired and sluggish, especially for a person that is always on the go. But I will push on and rest up on Thursday and Friday when I get back in Abuja. 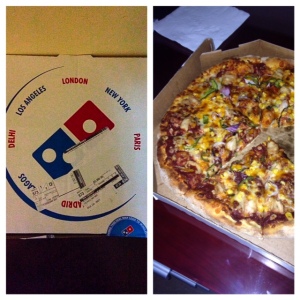