Posted on August 3, 2016 By fredayinafrica

Gusaba is a Kinyarwanda word meaning ‘to ask’ and is the ceremony where the family of the groom-to-be officially requests for a girl as a bride. The Gusaba is a fascinating event that includes all members of the community who come together to negotiate the marriage of the bride. The two families go back and forth debating why the bride or daughter should be release to marry the potential suitor. One Rwandan historian said that the in the past, “the Gusaba was a battle of wits, often involving traditional tongue-twisters as well as riddles and pranks from the girl’s side to test their intelligence and patience and it is on this day where whoever had a reason that should prevent the two from getting married would be given room to put it across.” 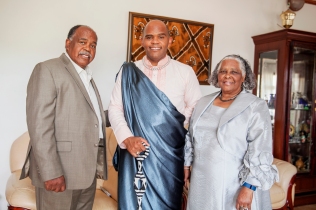