Posted on December 24, 2016 By fredayinafrica

Leaving Nigeria is never easy…honestly traveling through or out of Nigeria has been the bane of my existence since I arrived in Africa’s most populous country. My blog is littered with stressful and chaotic stories of navigating the Abuja and Lagos airport. You can check out my Christmas 2014 story about the chaos I experienced on my vacation to Germany The Abuja Airport Strikes Again….

This year was no different…and as Sheila can attest, I was extremely tensed for two days in anticipation of the madness we would experience on December 22.

The Abuja airport did not disappoint…it took nearly an hour and a half to go from the door to ticketing. Sheila and I were even able to follow the red carpet because of my gold status but the delay was still unbearable. Just as we were about to check in, we noticed that the flight was being diverted to N’Jamena, Chad because of the scarcity of jet fuel in Nigeria.

Since coming to Nigeria, the scarcity of fuel, both jet and automobile has been a constant issue. In May 2015, the country came to a near stand stand still when fuel importers went on strike grounding airlines, sidelining businesses and increasing the cost of goods. Since that time, there has been small disruptions but recently the issue has started to affect international and domestic airlines. Two weeks ago, Sheila and I were down in Lagos for a mega-Christian concert. On our return, Arik Air was delaying flights because of their inability to get fuel. We were initially scheduled to depart at 3pm but our flight finally departed at 9:00pm. It was an awful day of waiting in the airport for any news on when (and if) our flight would depart. Two weeks later, it happened again when I traveled to Ghana for work. Our 8:30am flight eventually departed at 1:45pm.

Nigeria’s foreign exchange reserves (which are basically held in dollars) has steadily decreased as low oil prices have dropped, pushing the country into a difficult recession. This crunch in access to dollars has given several airlines an excuse to curtail or end flights to Abuja. Sheila and I found it really difficult securing a flight to Kigali because of the departure of airlines from the Abuja market. A year ago, we could choose from Kenya Air, Ethiopian or Emirates. Now Ethiopian is the only one of the three still flying to Abuja. There are also European airlines and Egypt and South African as the other airlines on the African continent.

And now there is a report that the government will be shutting down the Abuja airport for as much as six weeks to repair the dilapidated runway. Airlines have said they will cease operations if the government does not repair the runway. Abuja sadly only has one runway. (I’ll discuss this development in a later blog). Surprisingly, the Mobile Regional airport in Alabama third largest city has two runways…as my wife says, “can you imagine…”

Well it turns out our flight did not have to be diverted for fuel. I guess we had enough fuel to get us to Addis Ababa because we arrived safely in Ethiopia. We finally boarded our flight at 1:30pm and departed around 2:10. 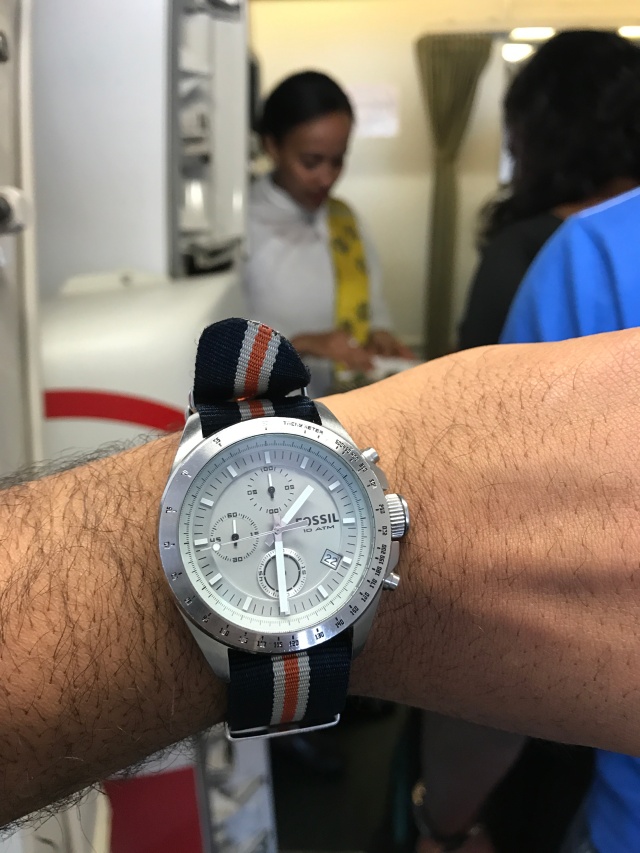 The rest of the trip was smooth sailing except a friendly confrontation with some Congolese on the plane about our seats. The flight to Kigali wasn’t crowded and there were empty seats in the back of the plane. But Sheila and I had an exit row seat so I wanted the leg room. It didn’t help when he casually said, “this is not a full flight, you can sit anywhere…” it was at that moment that I said I’m not being rude but we want our seats…they moved and I enjoyed the leg room that was missing on the previous flight