Sheila and I have been in the United States now for six weeks. I was recently telling someone that after four months locked up in our apartment, we developed quite the COVID19 response plan for leaving our house. It included sanitizer, antiseptic wipes and a mask. Whenever we entered a business place in Johannesburg, we would have to sanitize again because every business required you to wear a mask and sanitize before entering. We were shocked when we arrived in the United States and businesses were not requiring masks. Sheila and I stopped at a Wal-Mart in Newman, Georgia and were shocked when only a handful of people were wearing masks. I quickly gathered supplies and darted out the door. We were relieved when Alabama Governor Kay Ivey issued a mask wearing order five days after we arrived.

Since arriving in Alabama, we finished our two-week quarantine and tested negative for COVID19. We even spent an evening at the beach watching the sun set. We made sure that we were socially distancing from others on the beach. We were not really interested in water but just a different scene and an amazing sunset. We had always planned to come back to Alabama during this time but when the COVID19 pandemic hit, we were unsure how we would make it back to the states. South Africa closed its international airport and restricted movement in the country. We began to watch for repatriation flights that would take us back to the US. In June, we began tracking a KLM flight and in early July purchased our tickets home.

Enjoying an evening in the sand and sun at Dauphin Island Beach.

When I returned to the US in February, Sheila was unfortunately unable to return with me. It was difficult as we had plans for our time in February that were interrupted. Our priority was to get Sheila a resident visa to South Africa. When she was unable to travel, it changed our plans. I returned to the US for some work events and then rushed back to South Africa before the borders closed. And now we are in the US, enjoying some family time with my parents, brother and sister-in-law, niece and nephew-the newest member of the family. We have been also catching up with cousins and friends via phone and socially distanced. 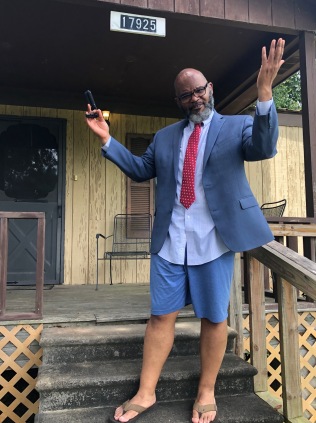 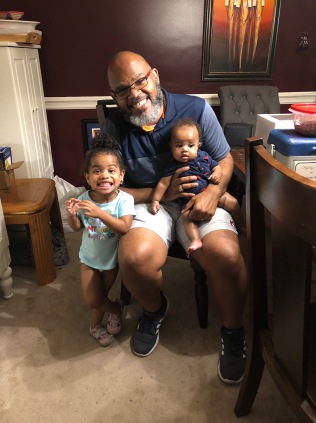 (l) My work from home attire, business at the top – leisure at the bottom! (r) Visiting with my niece and nephew. 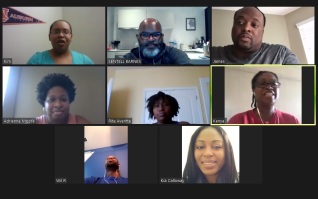 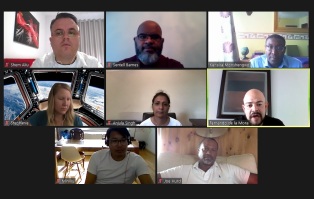 ← No Longer Locked Down in South Africa