A Woman in Motion!

Posted on February 15, 2016 By fredayinafrica

For the past six months, I have had the pleasure of hanging out with my dear friend Kury. Sadly, two weeks ago, her time in Abuja came to an end and she boarded a plane and headed back to Washington, D.C. I met Kury when I moved to South Sudan in August 2013. At the time, she was the country director for the National Democratic Institute. I quickly discovered that Kury liked having a good time…not in a “let’s get smashed and swing from the roof”…but “let’s find something to do to keep our mind off of our living situation.” Living in Juba was not easy and Kury always found things to do – she swam in the mornings before work in the AFEX pool, played tennis on the weekends and took salsa lessons. On Friday and Saturday nights, you could always find her dancing the evenings away. I appreciate that she would often drag me along on her excursions.  It was these fun experiences that help me (and others) get through our time in Juba. 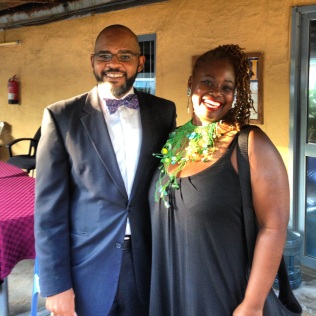 In August, she found her way to Abuja to do some consultancy work. While I had lived in Abuja for over a year when she arrived, it was Kury that was inviting me to social gatherings and introducing me to the tennis courts at the Transcorp Hilton. Once again, Kury was always in motion. So to celebrate Kury’s brief time in Abuja, I decided to highlight our top three moments in Abuja.

It was sad to see Kury venture off into the sunset but I thank her for making the past six months in Abuja enjoyable…She was always a woman in motion!

4 Comments on “A Woman in Motion!”