A Road Trip Through Conflict

Posted on June 8, 2019 By fredayinafrica

On Thursday, Sheila and I took a road trip that led us to the most unlikely of places for us to visit – Bosnia and Herzegovina (BiH). We were following the travel books and tour guides that suggested taking a day trip to the city of Mostar. Mostar is famous for its old bridge, the Stari Most (photo above). Stari Most is a 16th-century Ottoman bridge that was unfortunately destroyed during the 1990s wars in the region. The bridge was rebuilt in 2004 by a multinational coalition and even funding from the World Bank. The pedestrian bridge crosses the river Neretva and connects the two parts of the city. After a tour around the town and a dinner along the river, we hit the road in hopes of making it to Dubrovnik before dark. 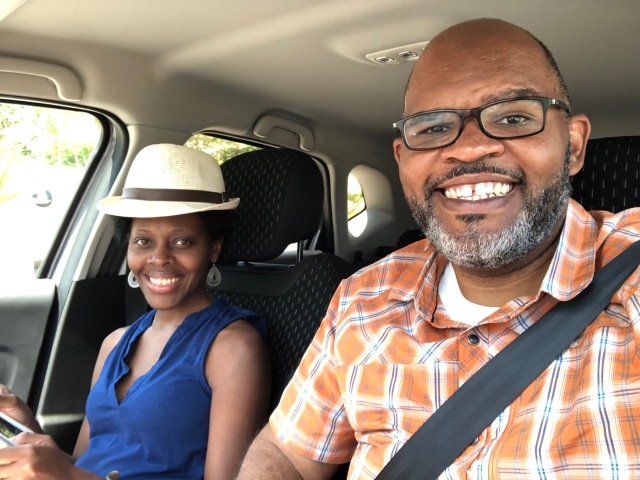 Along the way, we entered the Republic of Srpska. Now, before planning our trip to Croatia, I had never heard of the Republic of Srpska. And I can’t really pronounce it. During our drive through this newly discovered Republic, we found ourselves hopelessly turned around (not lost) thanks to our navigation system that kept wanting to send us down farm paths and tiny mountain side roads. We have stories from pervious vacation of intently following the GPS only to find ourselves stuck in the mud or in some off-the-beaten path village (https://fredayinafrica.com/2017/02/15/we-sit-in-the-mud-and-reach-for-the-stars-ivan-turgenev-literally-that-is/). We didn’t want to find ourselves in a similar situation. In addition, because of the war in BiH, there are still active landmines scattered throughout the country so tourist are encouraged to stay on major highways and roads. So again, we didn’t want to deviate from the major roads but the navigational system wanted to take us down narrow farm roads to get to Dubrovnik. That is when I used Google Maps to checkmate the navigational system. Despite our adventures on the roads in BiH, we discovered that the country is a federation that has two administrative districts that make up the country. These administrative districts emerged after the fall of Yugoslavia and the 1990s Balkan wars. When driving through the Republic of Srpska, you are constantly reminded of their connection to Serbia because the Serbian flag is everywhere along on the road and in villages. When in Bosnia and Herzegovina, the flag is blue and yellow with stars. 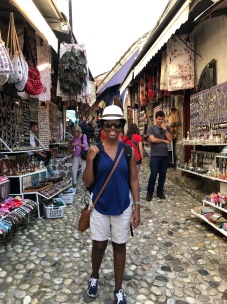 I’m not going to get involved in what caused the wars in the Balkans but there are a lot of similarities to conflicts happening in Nigeria. It seemed that the “troubles” in the Balkans that manifested in the 1990s stemmed from land rights and deep-seeded marginalization. This sounds very much like what is happening in the middle belt of Nigeria. Land rights mean access to power and new tribal groups are infiltrating lands that were once held by different tribes. In addition to their ethnic differences, the groups are from different religions because of the influences of different groups from the outside (the Roman Empire, the Byzantium Empire, the Ottoman Empire, the Austria-Hungary Empire, etch). While we can look at the Balkans and see a Roman Catholic Croatia, an Orthodox Serbia and a mixed religion BiH (Muslims (majority), Roman Catholics and Orthodox too), it doesn’t explain the root causes of the issue. The same with the middle belt of Nigeria. A few months back, a friend called me to say that he was told by Christians in the United States that Muslims are killing Christians. He said that it had hit persecution levels. I was taken aback by his comments. He was referring to the middle belt crisis in the Nigeria. We talked that day for over an hour about the causes of the troubles in the middle belt. And while it may seem that it’s a fight between Christians and Muslims, we can’t miss the land disputes and access to power that has caused the problems in the middle belt. We should all desire to read deeper into religious crises. It’s not as black and white as we think. Finally, these problems are not new and are sometimes decades and even centuries old. We need to go back to the source to find the cause of the problem. And sometimes the source is messy and confusing. 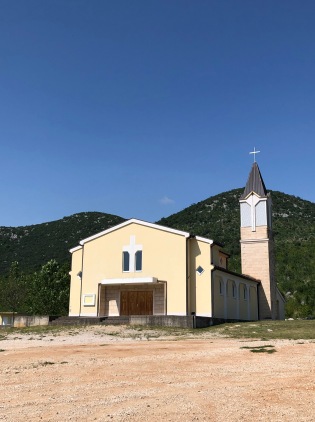 Churches and memorials in BiH during our road trip. The trip picture was of a memorial in the Republic. It stood at the edge of a cemetery.

So, our unexpected road trip turned into a lesson on the Balkan wars of the 1990s and the current land rights issues in Nigeria. What I can say from our time here in Croatia, while it is a beautiful sea front country, the visible signs of war and destruction are everywhere. And what we teach our children last for generations so we should be careful as we might be passing down our hate. Also, always double check your navigational system. You don’t want to be a Michael Scott and end up in a pond! #TheOfficeLifeLesson!

A reminder that the sun continues to rise and set on the conflict of man. The more things change the more things stay the same. “The grass withereth, the flower fadeth: but the word of our God shall stand for ever.” Isaiah 40:8

← Do you know what today is?
Another Airport Story – This time Croatia! →